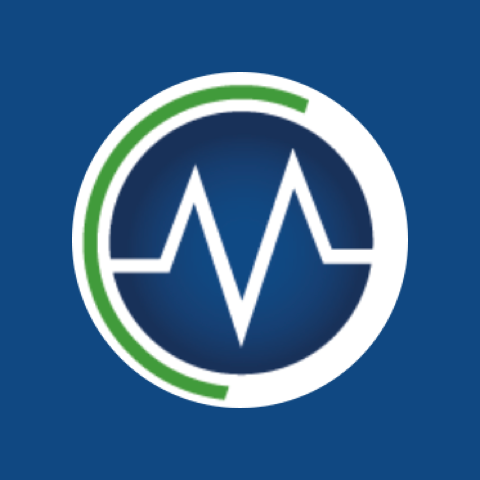 FDA cleared and ready to improve clinical efficiency and efficacy.

Notify me when the model is online

CureMetrix was created to address a mission-critical need in the industry – to help radiologists better detect breast cancer with the objective, data-driven answers they need to quickly support patients and their healthcare teams. To support that mission, CureMetrix has delivered: cmTriage™
cmTriage™ - is the first FDA-cleared triage software in the U.S. for mammography that uses the power of artificial intelligence to help a radiologist triage, sort, and prioritize their worklist based on suspicious cases that may need immediate attention.

cmTriage uses the power of artificial intelligence (AI) to change the old “first in, first out” protocol in mammography reading. Prioritizing the most suspicious cases first – directly into the doctor’s worklist – the AI allows for case triage and reduced administration.  Studies have shown:
--Faster reading time – 30% reduction in reading time looking at 2D mammograms using cmTriage

cmTriage is a notification-only, parallel-workflow tool used to identify specific patients to a radiologist in parallel to standard of care image interpretation.

cmTriage uses an artificial intelligence algorithm to analyze images for findings suggestive of a pre-specified clinical condition and to notify an appropriate medical radiologist of these findings in parallel to standard of care image interpretation. Identification of suspected findings is not for diagnostic use beyond notification.

Specifically, the device analyzes 2D mammograms (images of the breast) acquired in a screening setting and sends a notification to the Picture Archiving and Communication System (PACS) indicating the presence of at least one suspicious finding at the exam level.

Notified physicians are responsible for viewing each exam on a diagnostic viewer according to the current standard of care. cmTriage is limited to the categorization of exams, does not provide any markings, and should not be used in-lieu of full patient evaluation or relied upon to make or confirm diagnosis.

Radiological computer-assisted triage and notification software is an image processing device intended to aid in prioritization and triage of time sensitive patient detection and diagnosis based on the analysis of medical images acquired from radiological signal acquisition systems. The device identifies or prioritizes time sensitive imaging for review by pre-specified clinical users based on software-based image analysis but does not provide information from the image analysis other than triage and notification.

cmTriage only processes images submitted to it by the PACS. If, for any reason, not all images in the study were processed by the cmTriage Algorithm simultaneously then multiple DICOM SR may be returned from the cmTriage to the PACS.

A cmTriage flagging of “cmTriage: Suspicious” does not indicate the presence of disease and merely indicates the presence of a suspicious Regions of Interest (ROI) with a neuScore® greater than the cmTriage operating point.

A cmTriage flagging of “cmTriage: ” (blank) does not indicate the absence of anomalies or disease and should not replace the radiologist performing a thorough evaluation of the exam.

In order to establish a baseline for the time-based performance of cmTriage, the set of test cases was processed through the full operational flow from first receipt of the exam by the CureMetrix image forwarding software to receipt of the returned notification file at the viewing workstation. The average time for this complete processwas 3 minutes 21 seconds (3.35 minutes) with a standard deviation of 58 seconds.

This means that reading radiologists can be notified in approximately less than 5 minutes that there is a suspicious exam in their worklist. The round-trip process was measured between the Start and Stop points shown below.

CureMetrix assessed the stand-alone performance of cmTriage on the test set to determine the sensitivity and specificity of the image analysis algorithm and also to determine what the notification rate would be at different sensitivities.

When the cmTriage software is set to a sensitivity of 84.4%, in direct comparison to the BCSC results, cmTriage has a standalone specificity of 94.0% and would indicate that only 4.1% of the total number of cases are incorrectly marked as
“suspicious” on the test set. 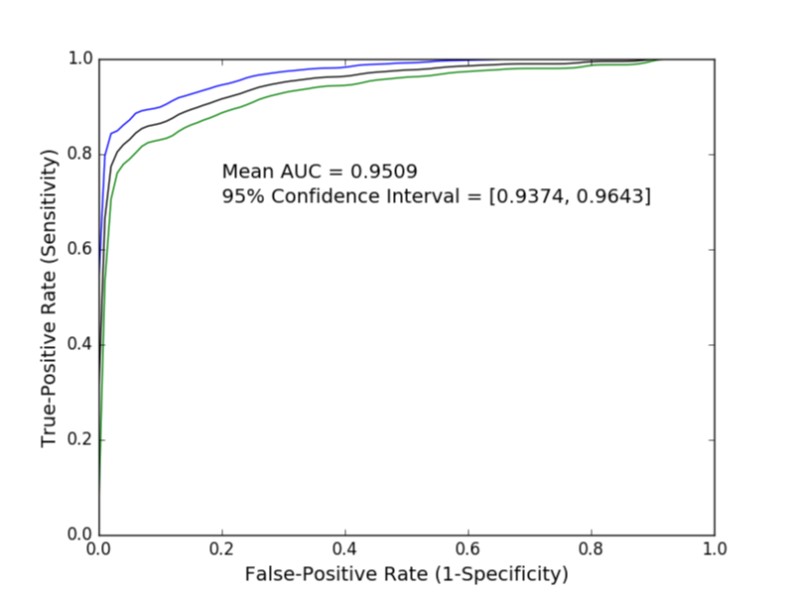 The following figure represents the ROC of the algorithm along with the 95% confidence intervals and the mean AUC.

CureMetrix was established in 2014 with the goal of early and accurate detection of breast cancer in mammograms. To help radiologists better detect breast cancer, streamline the worklist, reduce false positives and unnecessary biopsies, CureMetrix currently has two solutions that can be installed today:

--cmTriage™ - Triage, Sort Prioritize
The first FDA-cleared triage software in the U.S. for mammography that uses the power of artificial intelligence to help a radiologist triage, sort, and prioritize their worklist based on suspicious cases that may need immediate attention.
--cmAssist® - Identify, Mark, Score
A proprietary, investigational CAD that uses AI intended to help the radiologist identify, mark, and score regions of interest on screening mammograms.